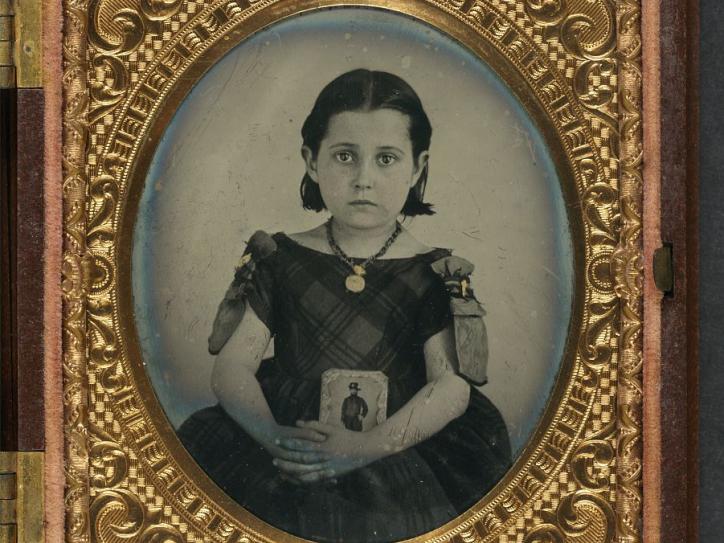 Death during the 19th Century was a part of everyday life for Americans. Mortality rates were high due to disease, poor sanitation, and child birth. An entire culture of rules and etiquette evolved around death and dying. The concept to the good death was seen in the 19th Century as the model for all deaths, where the dying would be surrounded by loved ones at home on his death bed relaying wisdom and knowledge of his life experience and would pass away peacefully. The body of the deceased would be buried in the family plot or a local cemetery. When the loved one passed, his body would be spiritually intact as he was in life. When the Civil War erupted upon the American landscape, 19th Century Americans had to deal with hundreds of thousands of the dead upon the battlefield. The concept of the good death had to adapt to deal with the mass losses on the battlefield. Their husbands, sons, and brothers were being buried in far away places and many times the bodies being horribly mangled. The soldier many times died without saying goodbye to loved ones and the body was not intact when he died. The preexisting concept of the 'Good Death" was shattered. The Battle of Perryville, which was fought on October 8, 1862, had 1,422 men killed, with 2,682 Confederate wounded and 2,873 Union wounded. Many of the wounded would die days, weeks, and months later after the battle. How did 19th Century Americans deal with death om such as wide scale, such as the Battle of Perryville,. This exhibit will explore 19th Century mourning practices, the concepts of the good death and how Perryville and the surrounding community had to deal with issues arising from the aftermaths of the Battle of Perryville, such as the disposal of the bodies and how they dealt with the adapting to the concept of the "Good Death" to fit their needs. Cost is $4.00 for adults, $3.00 for children and $3.50 for veterans and seniors. For more information on guidance for safely celebrating Halloween go to https://chfs.ky.gov/agencies/dph/covid19/cv19halloweenguidance.pdf and https://chfs.ky.gov/agencies/dph/covid19/cvhalloweenonepager.pdf