Christmas During the Civil War 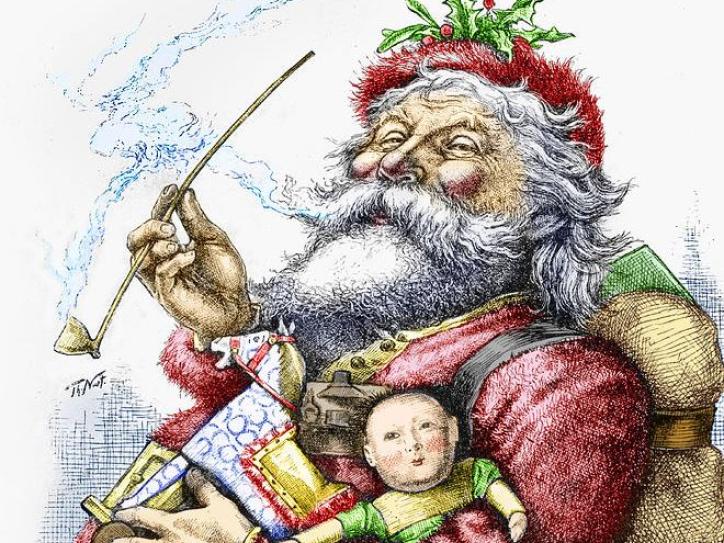 On November 26 at 2 pm interpretive park manager Bryan Bush will give a lecture on Christmas During the Civil War. Many of the Christmas traditions that Americans have come to know today had their origins before the Civil War, such as Christmas carols, the Christmas tree, decorations, and eggnog, but during the Civil War the holiday solidified those traditions that carry into the present. President Abraham Lincoln helped bring the holiday to national prominence. One of the largest contributions that the Civil War brought to the Christmas American traditions was Santa Claus. Political cartoonist Thomas Nast drew Santa Claus in a Union camp in 1862 for Harpers Weekly newspaper and his image of Santa Claus would continue into the 20th Century. Also during the lecture, visitors will learn how soldiers dealt with the holidays in camps far away from home and how families dealt with loved ones being way on the battlefield or the loss of loved ones who died in the Civil War camps and battlefields through original letters. Cost is $5.00 for adults, $4.50 for seniors and veterans and $3.00 for children. Call for reservations due to limited seating.