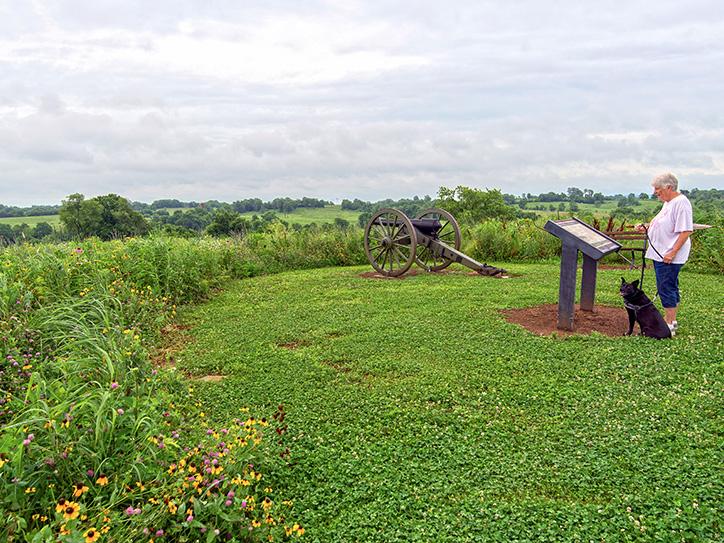 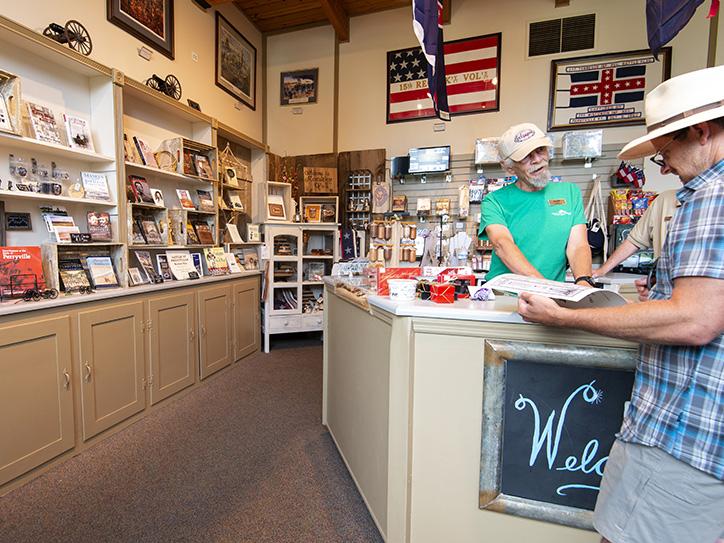 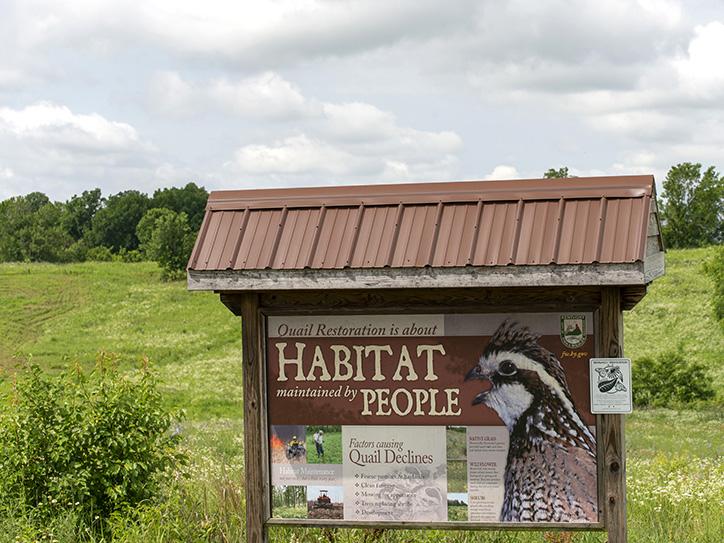 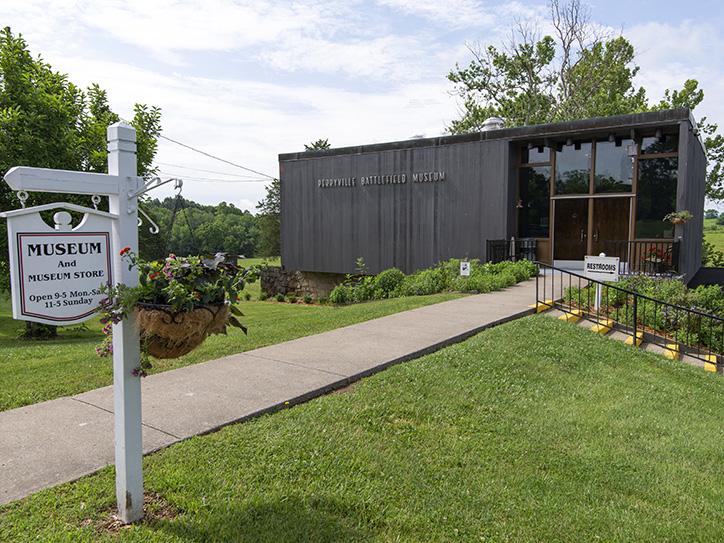 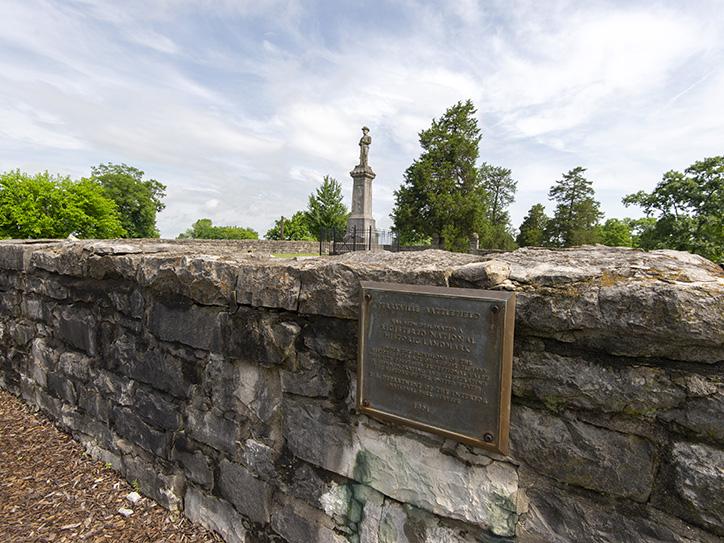 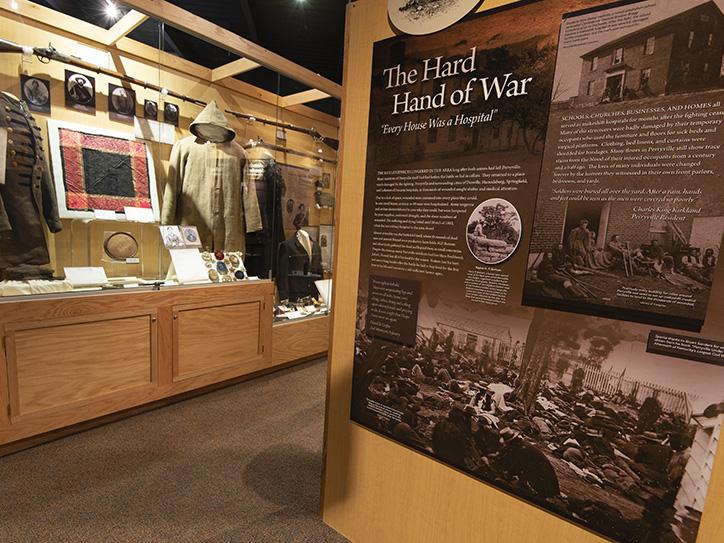 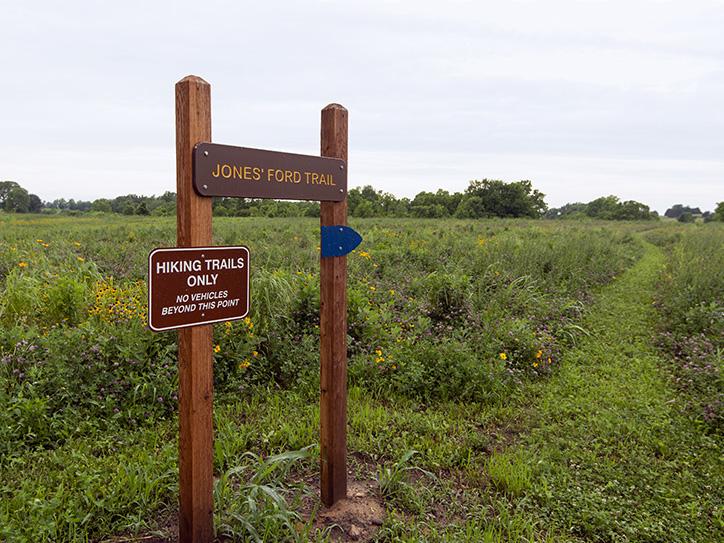 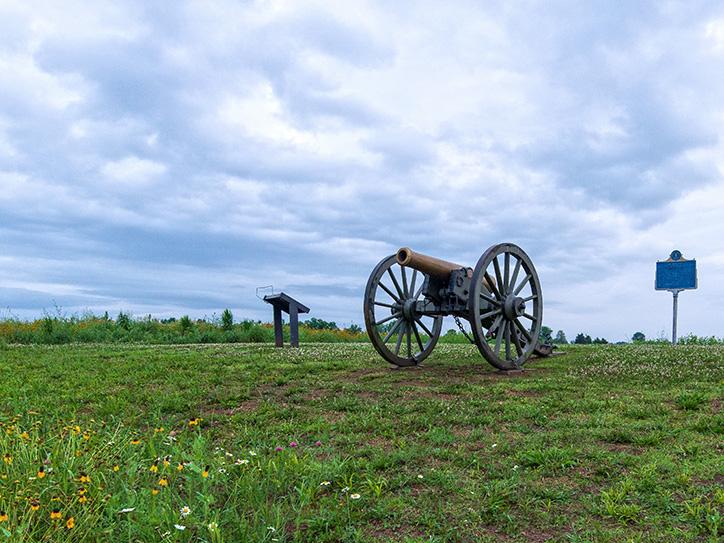 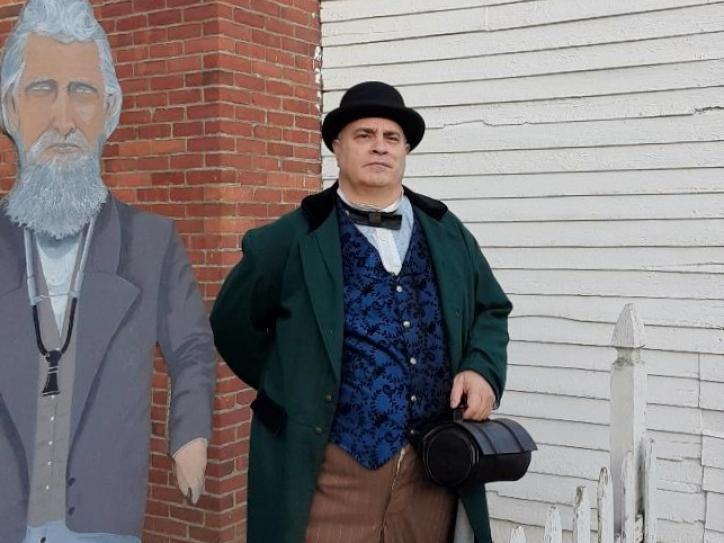 Top Five Things To Do

1. Visit the museum to view the battle video and see original battle artifacts.
2. Enjoy the 3.5 miles long driving tour of the battle.
3. Hike up to 19 miles of interpretive trails.
4. See the first person interpretations throughout the season.
5. Take the self-guided tour of Maney's attack at the battlefield.

On October 8, 1862, cannon explosions shattered the rural peace of this tranquil countryside and the death moans of young soldiers. Perryville became the site of the most destructive Civil War battle in the state which left more than 7,600 killed, wounded or missing. The Perryville Battlefield park museum tells of the battle that was the South’s last serious attempt to gain possession of Kentucky.

This Kentucky battlefield is one of the most unaltered Civil War sites in the nation; vistas visible today are virtually those soldiers saw on that fateful day in 1862. A self-guided walking tour on the battlefield interprets battle events. This is one of the stops along Kentucky's Lincoln Heritage Trail.

Are you looking for a way to advertise your business, organization, or honor a family member that fought at the Battle of Perryville?

With the help of a class from Centre College, Perryville Battlefield State Historic Site now has a digital database of more than 5,800 soldiers who died, were wounded or went missing during the largest Civil War battle in Kentucky. Click here to search the database and learn more.

Things to Do
School of the Piece Program
We are pleased to offer to your class our very special school program: School of the Piece Program. This program was developed for 4th and 5th graders to aide Kentucky children in understanding the significance of the American Civil War and the war’s effect upon Kentucky. The program can be modified for older groups. Further, children are encouraged to become active in Civil War Site preservation through interactive programs held at the battlefield. The School of the Piece will allow each child to enter into the world of the common Civil War artillerist. Each class will watch a twenty-minute film depicting the history of the battle at Perryville and a video on artillery drill. Then each child is mustered into the army and taught the basic military drill for the use of artillery. At this time children will drill on two artillery cannons. Children are also provided kepis for the day and selected officers will be provided a officers uniform. Lunch is taken at our large picnic shelter and after that concludes the children will walk to where Lt. Charles Parsons’s battery was located on the Open Knob. Historical and first person accounts are included in this tour. The program will conclude with a trip to the Battlefield Museum and Museum Store. A minimum of four to four and a half hours is needed to complete this program. Please keep participants between the minimum of twenty children.

Birding
Although best known for the epic Civil War battle that occurred here, Perryville Battlefield is also a wildlife refuge that features a variety of wildlife and habitats. Approximately 1,000 acres of preserved land contains woodlands, grasslands, open prairie flowered grasslands and dense thickets where dozens of species of birds can be observed. The park has a dedicated “Bird Trail” that meanders through these habitats.
The park has over 15 miles of hiking trails that include both historic trails as well as nature trails. Perryville recently underwent a transformation from large hay fields into 700 acres of pristine habitat. On the park, you will encounter Kentucky native wildlife as well as see one of the most endangered habitats in the United States, open prairie flowered grasslands. These are very rare in the United States and we restored several of these areas within the park.

Numerous rare bird species use the grasslands at Perryville Battlefield for spring nesting habitats. Bobolinks and Henslow’s Sparrows can be seen along the “Bird Trail” as it winds its way along the grassy bottoms of Doctor’s Creek and Donelson’s Run. Migrating waterfowl are very visible on the creeks that run through Perryville during the fall. Winter is a great time to see the many raptor species that hunt in the open fields. One might even catch a glimpse of one of Kentucky’s most threatened bird species – the Barn Owl.
Gift Shop
For a memento of your visit to Perryville Battlefield, visit the Gift Shop, featuring Kentucky handcrafts, souvenirs, and a large selection of Civil War books.

Hiking
Enjoy the beautiful and historical grounds of the park on one of the self-guiding walking trails. Over 40 interpretive signs are part of the nearly 20-mile trail system. Pick-up a map at the museum. Thanks to the preservation successes of the battlefield, native plants and wildlife find a protected home here and also thrive. Recently Perryville Battlefield entered into a partnership with the Kentucky Dept. of Fish and Wildlife in an effort to return 100 park acres back to its original appearance and re-introduce native habitat. So as you stroll back in time along Doctor’s Creek and past the cannons, you may also stumble upon some wild turkey, mink, deer, and numerous bird species, just as the soldiers did years ago.

Museum
The Civil War comes to life in the Perryville Battlefield Museum. Examine actual battle artifacts, a Civil War display, and a map with the layout of the battle. Upon exiting the museum, be sure to stop by the Confederate monument nearby that was erected in 1902 and the Union monument added in 1931.

Call the park office at 859-332-8631 to schedule your group tour.Picnicking
The park has a picnic shelter with rest rooms, tables, grills, and a playground for the enjoyment of visitors.